Undiagnosed CPTSD- No diagnosis but the trauma fits

I am new to this forum and wanted to start interacting with others who may be able to give advice.
I suffered prolonged medical trauma last year from February to October which included 2 abdominal drains, 2 heart operations and 4 brain surgeries. I'm ok now but the reason it all took so long was because I was denied the correct treatment due to misdiagnosis and sheer ignorance to my symptoms.
I have hydrocephalus caused by birth trauma and a VP shunt was inserted at 5 months old. This needed revision at 12 years due to CSF (cerebral spinal fluid) filled cysts forming on my abdomen around the base of the shunt. No cause was identified. The cysts were drained and the shunt recited to another part of the abdomen. Fast forward 20 years, no problems, living a normal life, to February last year. I presented with the same symptoms-abdominal swelling (which I originally thought was Christmas weight.) After countless blood and pregnancy tests, it was deemed I had a problem, with my liver. I was drinking quite heavily at this point and was honest about this with the doctors. They did more blood tests, ultrasounds and liver scans. Nothing was found and I was discharged from the liver team. An abdominal drain was performed but I knew at this point it had to be my shunt. I told the doctors about the surgery when I was 12 and asked them to consult my records. The neuro team wanted nothing to do with me and were in denial it was my shunt. I was passed back to the liver team who had done all they could so I felt in limbo with no answers or proper diagnosis.
By this point I needed another drain where 10 litres were removed from my abdomen and I was once again, on a liver ward and was sent home. On returning home I started to fill up again and in desperation I contacted another hospital I had been in contact with when I was younger. They arranged a video call. The doctor said he thought it was my shunt but was reluctant to take me on because I live in Newcastle and getting to Liverpool would be difficult. He called the hospital in Newcastle and half an hour later, I get a call from the neuro ward asking me to go in.
I was examined and the consultant was still adamant it wasn't my shunt. He said they would tie it off to prove it wasn't that. I went in for shunt surgery on 8th June and was in hospital for a week. I had horrendous headaches, vomiting and vision problems immediately. All of these are classic shunt problem symptoms. During this time, I went under anaesthetic again for an ICP monitor to be inserted into my skull. The results were flawed because it wasnt inserted properly and I was sent home but the pressure in my head was so bad at this point that my head wound was leaking.
I went back in the next day and was told I needed emergency surgery for a VA shunt where they would re-route the shunt to my heart as my abdomen was no longer absorbing the fluid. This was done but the scan on the table showed my veins had thrombosed so when I came around from the anesthetic I was told it was put in 'the next best place' whatever that means! I was sent home thinking everything was fine-started exercising again and went back to work. I had to go back to hospital as I started getting the horrendous headaches again. I was in hospital on critical care for a week being fed morphine but no other help was given and was sent home again. I was brought back the next day and finally put in the neuro ward again. I was then told my shunt had failed and I needed it out of my heart and back into my abdomen. I knew this would cause swelling again but they needed to get it out of my heart so I agreed.
After this surgery, they did a venogram and saw my veins were fine so there was no logical reason why the VA shunt was put in a different place.
Sure enough I started to fill up again and needed the VA shunt done again within a matter of weeks. This brings us to October when I had my last surgery to finally put the shunt in the proper place in my heart.
I never used to think about my shunt but after last year I have developed health anxiety and am constantly anxious. I'm getting better but the repeated trauma means I'm scared every day that something else will go wrong. I have come to accept that I will need more surgery in the future but I just hope it is long enough away that I can overcome my fear and anxiety surrounding the trauma I went through.

Sponsor
Welcome to the site! Wow, what a deluge of medical trauma…multiplied! I’m so sorry that you have a need for a place like this, but you have found a true gem!

I’ve got a few medical bullsh*t runaround storiesin my past, which makes me wary of new providers. I was a medical assistant for 25+ years and have so many inside stories that would curl your hair. Very sad!

This is safe place where you can share your story, write in a diary, and interact with others’ who struggle.

I have been a member for 10+ years, and highly recommend coming here for validation, compassionate understanding, and empathetic responses.

Staff is great with questions and/or concern. Safety and respect are expected and if you get anything else, let staff know.

I hope to see you around…blessings to you and yours!
AKJ

Welcome! Wow...you've been through so much. I've only had one brain surgery, and that was enough for me. I don't know what advice to give about the ridiculous state of the medical care systems these days; I have multiple examples of times when I was ignored (I'm actually the one who diagnosed the issue that required surgery, and it took 3 or 4 doctor appointments before anyone would listen), treated incorrectly, treated with things that made me worse, etc. At this point, I tend to avoid at all costs, but when you have a chronic, long-term condition, I know you can't.

Wow! That is horrible! What a mess they made of that. I'm glad you survived all of that and hope you don't have PTSD on top of everything else. Have you seen a therapist for a diagnosis? Are you experiencing symptoms? I think the sooner you get help the better the outcome is with PTSD.
L

So sorry for your situation

Moderator
If there is a box asking for your name under the text window, with a question mark instead of an avatar? Or the header has a ‘Log In’ button instead of your avatar/account button? You’re not logged into your account, but posting as a guest. 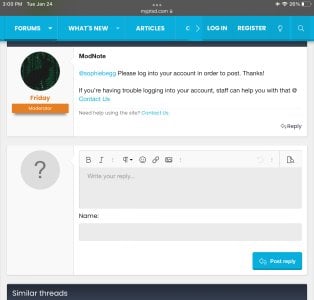 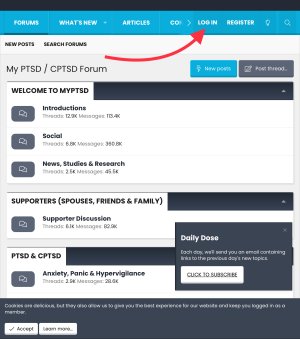 9
Is it normal to feel mentally exhausted after therapy

Sufferer Back at square one with childhood trauma.
2