Our feathered friends, birdbrains, and wingnuts

I've shared about their antics and quirks on some threads, and have had great answers to some questions about Cicero, as he is my first cockatiel and quite the curmudgeon.

So, I thought I'd start a thread for those of us with feathered friends to share and ask questions.

Chee Chee was my best friend for about 15 years. He was a Mitred Conure, his whole body mostly green, his head or crown red. So I thought of him as my Christmas Bird.

He would get jealous if I paid attention to ANYONE other than him, especially if I talked on the phone. So I had to take the phone to the other end of the house, as he would scream louder than a fire engine in protest.

He took a bath every day, splashing his water all over the wall and his cage.

He sat on top of his cage all day long. He had some bells. As our dogs would walk under his cage, he would unhook them from their chains and drop them on the dogs. (His cage was anchored to the wall).

Here is a page with some images of what he looked like!

lol Pippin gets jealous too, if I talk to Cicero or play with him, or if I do pretty much anything in the house without his prior approval. He's taken to landing on my head, and then looking down my forehead upside down, to get my undivided attention.

Cheech once flew down onto one of the dog's backsides and was riding around as the dog chased him in circles, trying to catch him! He laughed. He laughed a lot. He would laugh at jokes that people told, even before people laughed at the punchline. It was uncanny! He laughed at Spanish jokes or English ones. (My hubby was Argentinian). God rest both their souls. I miss them both so much!

Sponsor
I know nada about birds but almost fell out of my chair laughing when I saw this...
cockateil and Queen
His feet!!!!

Freida said:
I know nada about birds but almost fell out of my chair laughing when I saw this...
[URL='Link Removed...
Click to expand...

:hilarious::roflmao: this guy is so funny, he literally rocks out for the whole song. I love his bows at the end, and he's so proud of himself with his crest up.

I watch the birds outside a lot. They never cease to amaze me and are very entertaining. 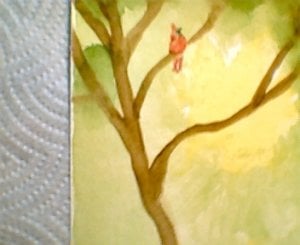 Oh! My!!! That cockatoo was so cute! Hubby and I thoroughly enjoyed that video! :D

When i was a child my family went to a fair. I came home with little yellow furry fluffy friends. They became my friends. Over time the fluff turned to feathers and little chirps grew into loud calls. They were housed in a cage that was once large for their chick size crew and too small for the chickens that grew.

I let them out. They ran and then they roamed. I welcomed them all into the greater family home. My parents did not approve of chickens running and roaming inside. I got hit when parents discovered carpet chicken shit. My feather friends caught and caged. Steps from the back door is where they stayed. I spent my mornings before school feeding each of my friends. After school I spent evenings feeding my friends. It was all I felt I could do. Too young to snip the cage. Too dumb to pick the lock. I was not able to be with my friends around the clock. One day I came home from school and my friends were gone. It was hard to stay calm. The cage was empty and clean. My parents told me the chickens ran away never again to be seen. I waited outside whenever I could. I thought if I waited long enough my friends would come back, yes they would. Too young too dumb too naive to recognized the soup was chicken stock. The deep friend nuggets was popcorn chicken. The dishes the family ate was chicken chicken and chicken. Bowls and bellies filled. The cage empty, my friends missing, the unfilled void of the murdered and missing. Chickens I ate.

It was Dover but he laid an egg :P

She’s eleven years old, pretty old, and she currently needs medicine twice a day. (Make sure y’all buy some palm oil and cuttle bone! You need so many vitamins!)

do you trim her flight feathers? I haven't trimmed Cicero's, but I think I need to. He got spooked by something this week, and went flying round the living room like a nitwit, and then went for the patio door. EEEkkkkk!!!!!!!!!

I did! I usually don’t cut them short enough, because I’m so afraid of hitting the vein D: but she can glide and I consider that good enough.

She’ll fly in circles any time she hears anything sudden!

Right now I have to keep them trimmed because her osteoporosis got so bad that some of her bones aren’t showing up on the x-rays, so I don’t want her flying too much because she’s unusually clumsy for a cockatiel anyway. But she’s got enough to make a soft landing if she falls.

I have a room without anything but windows, and those are easy to distinguish as not-a-way-out. It’s also way easier to train her when her wings are clipped, though she never was was so trainable, but she learned “step up” that way! And she also ate part of my laptop but that’s fine lol

F
Is bringing up the possibility of a memory being false, productive?

B
Intermittent Fasting for weight loss?